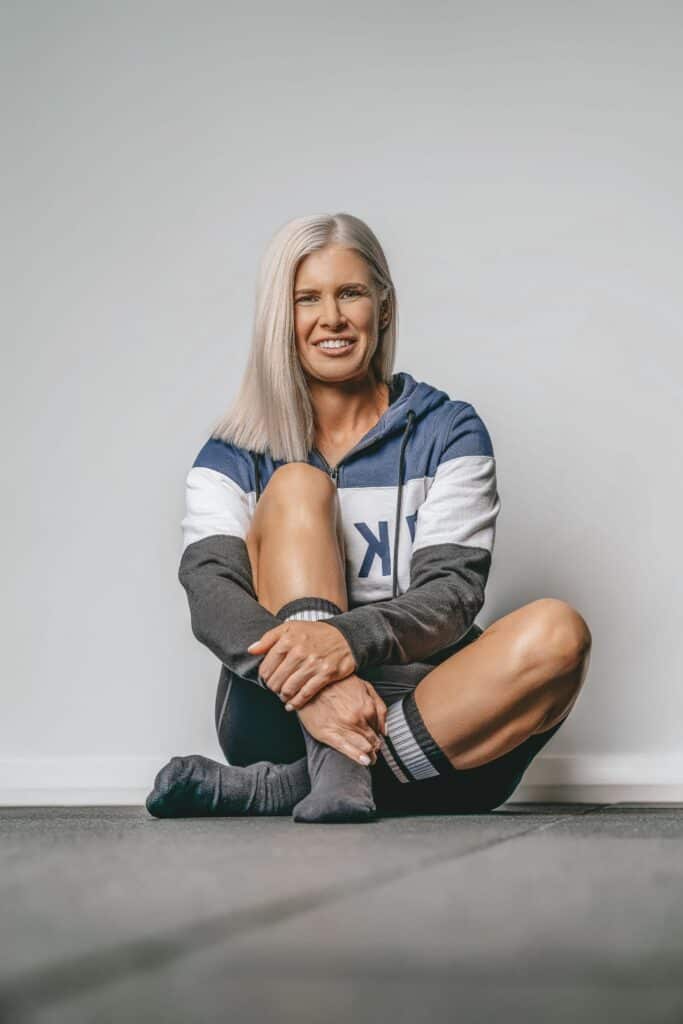 I always had an interest in fitness and strength training, but not for the right reasons initially – I wanted to be skinny (this was in my late teens and twenties)! I used to go to the gym and go on the cardio equipment for an hour and a half. I was too scared to go into the weights room where the guys trained, so I hid in the cardio room.

After finishing school I went to university and studied a Bachelor of Pharmacy. I have worked as a pharmacist for 15 years and in 3 different states of Australia!

While working in Karratha, WA, I decided to study my Certificate 3 & 4 in Fitness, which I did online. I planned to work in the fitness industry when we moved back to Adelaide in 2009, but fate had me get a pharmacy job in the same pharmacy I worked at while at university! I did do some personal training ‘on the side’ over the years though as well.

In 2010 I decided to enter a bodybuilding competition and enter the sportsmodel division. This was when my exercising and nutrition really stepped up. However, after the comps I struggled with easing back into real life! I decided to buy some weights and equipment to set up a home gym so I could work out at home.

In 2016 I had my second daughter. I gained 20kg in my first pregnancy and 25kg in my second (lower starting weight for my second). Neither pregnancy was easy for me and I couldn’t exercise the entire duration for both. I had hyperemesis gravidarum for both and then placenta previa grade 4 for my second pregnancy too. It was like I was a different person when pregnant. This frustrated me, but I knew it wasn’t forever.

After the birth of my second daughter I was deciding when I would return to the pharmacy and what daycare options I had for my new baby (and older daughter too). I decided that financially it wasn’t worth returning like I had planned. So I decided to start some fitness classes for mums where they could bring children along if needed too. And so Beautiful Fit started in February 2017!

The classes started in my backyard. Then when the weather turned a bit wetter and colder they moved into church halls. I started with 3 classes a week and added more as the demand grew. Now there are 30 classes every week!

I realised this is where my passion lies – helping women get fit, strong and to lose weight. So I decided to leave pharmacy and focus 100% on fitness.

Mum of 1, farm girl at heart, also studying physiotherapy, will have you pulsing in no time!

Being strong will improve your quality of life.

✨Push-up form ✨ ✅ Make sure your hands are

What’s your teen doing in the holidays?? I can

Whatever you do you are choosing 👊🏻 A harsh

✨Push-up form ✨ ✅ Make sure your hands are

What’s your teen doing in the holidays?? I can

Whatever you do you are choosing 👊🏻 A harsh